Last year in an interview with BigThink.com, Jonathan Franzen said, “The world … divides into people who have one opinion of Oprah Winfrey and people who have … the diametrically opposite opinion. That’s a remarkable thing to achieve, to divide the world in two; it’s like parting the seas.”

Franzen is partially right: Vocally, people seem to express either categorical love or hate for the once “queen” of daytime. As a cultural critic, in my eyes, her supposed polarization is actually unremarkable. Our talking-head, confessionalist media culture, which she admittedly helped create, demands of us a dedication to one-side-or-the-other opinions and perspectives. This seems to hold true for most aspects of our articulated public lives; you’re either all in or you’re all out: politics (presidential candidates and party devotion), legislation (gay rights and healthcare reform), news sources (Fox News vs. CNN), religion (fundamentalists vs. agnostics), geography (“city folk” vs. “country folk” or coasters vs. heartland); and even sexuality (gay vs. straight, read this piece about Anderson Cooper).

Although we’ve now had widespread color TV for half-a-century, our mass-mediated world has never been so black and white. In a climate dependent on fervency, my job as a scholar, as I see it, is to sell doubt and/or hesitation and to encourage people to furrow their eyebrows and truly consider other intentions and perspectives. 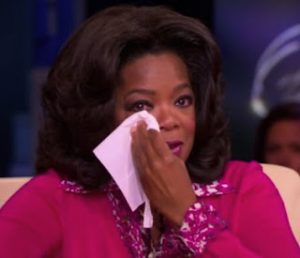 The new two-part OWN documentary Oprah Builds a Network, (if you can get around all the promotional plugs for other OWN series) is actually a poignant exploration of our culture’s dedication to this mob mentality.

Since its inception, the word “struggling” has managed to inundate stories about Oprah’s network in such a way I’ve been surprised SOWN has not been a pun that caught on. We are so bombarded by stories of OWN’s failures (such as firing 30 employees, canceling Rosie, and suffering low ratings) that we falsely historicize the birth of now-successful networks as instantaneously popular when that’s simply not the reality (did you know Bravo used to be all about ballet?). In so doing, we also set a trend for potential like-minded networks (and programming) to recoil in fear of following where Oprah has failed. But at the end of the day, has she failed and is OWN struggling, and if so, by what metrics? Are we so far gone from the days of hoping to use television as a mechanism of change and progress that we now only consider ratings when determining the successes and failures of a particular media product? 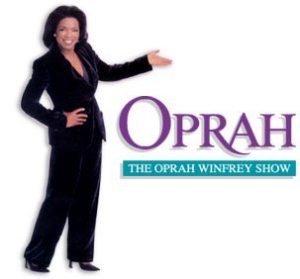 These articles are almost assuredly chased by hundreds of (often misogynistic) comments from users who seem gleeful at the prospect of Lady O’s fall from grace. And in a way I’m not sure would be the case with a male TV executive (such as Al Gore’s Current TV which had its share of troubles). Oprah’s network could easily play the ratings game by programming trashy reality television. If you think she doesn’t know how to do “trash TV” (to stifling popularity), you have a short memory. The O Empire was built upon nearly a decade of such programming before she parted ways with Ricki Lake and company when she overhauled her syndicated talk show in the mid-’90s (again to a drop in the ratings).

Although I certainly have my critiques of Oprah and her media’s trajectory (which I can articulate without hate and exclamation marks), her dedication to featuring series she sees as part of her life’s mission (ratings to the wind), actually, is remarkable. In its first two years, OWN created programming that brought a variety of new perspectives to the table, hosted by or featuring LGBT individuals (often the perspectives of B&T are lost on the airwaves), folks with non-normative, other-raced, and non-abled bodies, and frequently tackled issues relevant to feminism and women’s rights. Lisa Ling’s documentary series, Our America, is in my not-so-humble opinion, some of the best programming on television. By giving these disenfranchised voices a spot at the table, OWN can and does make an impact in innumerable lives, which, as a researcher, I have had the opportunity to witness firsthand. 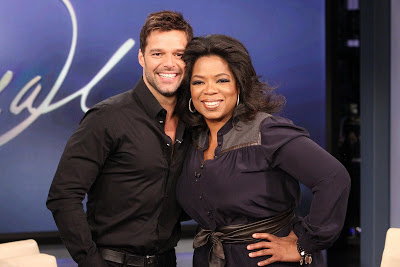 I recently completed two years of work on a project studying the impact of television in the lives of rural gay youth and was blown away by the many stories of people transformed by Oprah programming, everything from a young boy excommunicated from his Mormon community to a rural Missouri teen forced to partake in “pray the gay away” conferences. These young men were able to find solace in the representations of other sexualities constantly treated with dignity by the Oprahsphere and thus able to rethink “commonsense” to make homophobia the pathology instead of homosexuality.

Imparting the potential of television as a tool for social change, in 1958 Edward R. Murrow offered a seed of optimism:

This instrument can teach, it can illuminate; yes, and it can even inspire. But it can do so only to the extent that humans are determined to use it to those ends. Otherwise it is merely wires and lights in a box. There is a great and perhaps decisive battle to be fought against ignorance, intolerance, and indifference. This weapon of television could be useful.

Does Oprah programming meet this rubric? I concede, not always. But at least it’s headed away from the Jersey Shore. Oprah as an executive herself has attempted to create progressive television that’s not solely driven by ratings. As she says, she wanted to deliver programming that would “drop little pieces of light into people’s lives.

There is certainly a utility in expressing hate, and I do think it is important to do so. I’m not saying I’ve been above absolutely detesting something or someone for no reason (I’m looking at you, Zooey Deschanel!), but in writing this article, my intention is to express the importance of doubt and encourage the taking up of middle ground. While I use Oprah as a case study, this can really apply to any of our cultural either-or imperatives. Why are we so quick to declare an unchanging, steadfast belief before considering the weight of our words? Have doubt! Humor a variety of perspectives. And don’t be unyielding, because it’s unfortunate that in our modern black and white public media culture, being 50 shades of gray is considered a fetish.